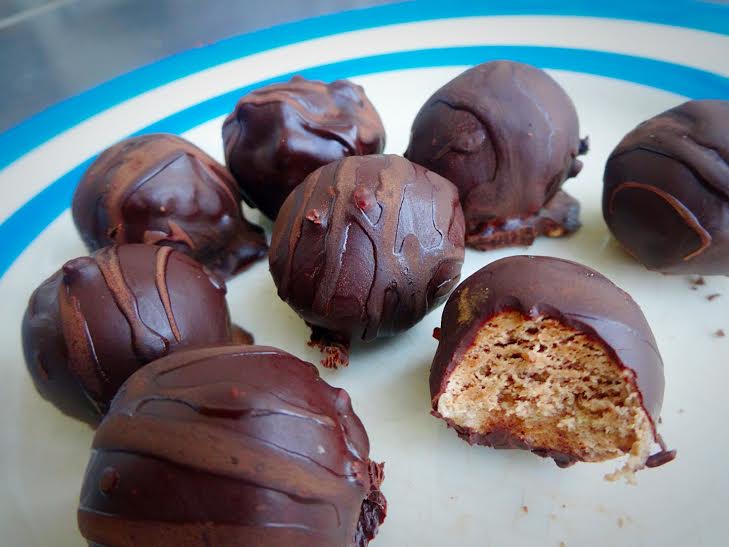 Its always overwhelming seeing all these amazing recipes online and not owning any of the bloody ingredients to make them. I have done a quick list of where I order my ingredients from where I have found good prices and good quality supplements and superfoods! If anyone has any other great websites they use, please let me know 😀 I get extremely happy when I find new online ordering sites!!!

I have also added some recipes from my blog where you can use the ingredients.

Also good to keep Casein Protein which is thicker and good to make protein bars with, like recipe bellow 😀

1KG tubs of nut butters.. Cashew is the bomb!!

You can even get kangaroo, crocodile and emu if you fancy??!

Now for a recipe containing a number of the ingredients above. It wasn’t my intention to recreate a Milky Way Bar although A number of people have told me these taste like Milky Way Bars.

They are super easy and fast to make. You can do them with or without the chocolate coating.

With out the coating they are only 61 calories per ball!!!

In a high speed blender (yes it has to be a good one or it will have a melt down) add the inside ingredients and blend untill a dough like consistency is formed. Remove from the bender and roll into 20 small balls. For the coating, melt the coconut oil and add the cacao powder. Stir until combined. Coat each ball with the chocolate mixture and place on a trap in the fridge to set.

Try rolling the balls in crushed nuts, seeds or super-foods to add a crunch 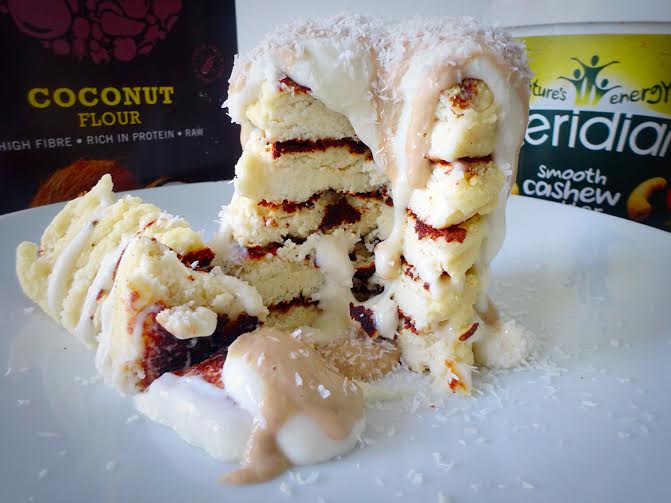 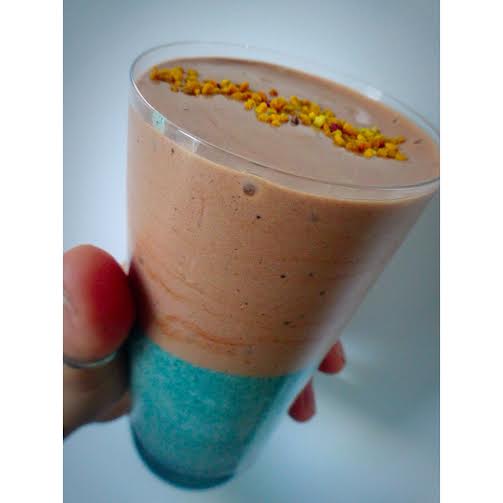 A lot of people don’t understand the importance of protein in the diet, or understand the health benefits of having a high protein diet to supplement training. Protein is an ESSENTIAL nutrient for the body, made up of branched chain amino acids (BCAA’s), responsible for growth and repair of muscle.

Protein has a high thermic effect which means it takes a lot of energy to digest in the stomach. This means you burn more calories actually digesting the protein you eat, than you do carbs or fat 🙂

Research has proven that a high protein diet can increase bone density and prevent bone diseases.

Not only is protein responsible for growth and development, it also prevents muscle breakdown when on a reduced calorie diet. BCAA’s prevent the muscle breakdown for fuel allowing the body to burn body fat. This results in fat loss from FAT instead of just weight loss from MUSCLE AND FAT!

Many of my clients first starting out really struggle with their protein intake. They struggle to actually include the amount of protein they need in their diets to gain some lean muscle mass while dropping body fat. Chomping down chicken breasts all day can become a little boring, which is why I love using protein powder to make super food shakes. They are so yummy and filling and a great way to satisfy your sweet tooth.

Bellow is a super high protein recipe which is gluten free, virtually fat free, and can be made dairy free. It contains a number of health benefits from the added raw cacao and sprulina, which are both powerful antioxidants and supply the body with essential nutrients.

I can recommend the protein from The Protein Works called Naked Whey Protein 80. It is sweetened with stevia meaning its not full of artificial RUBBISH…. http://www.theproteinworks.com/referral-program/MTgwMzAzajJ0/

Top with nuts, seeds, bee pollen or which ever super foods you wish for added vital minerals and vitamins 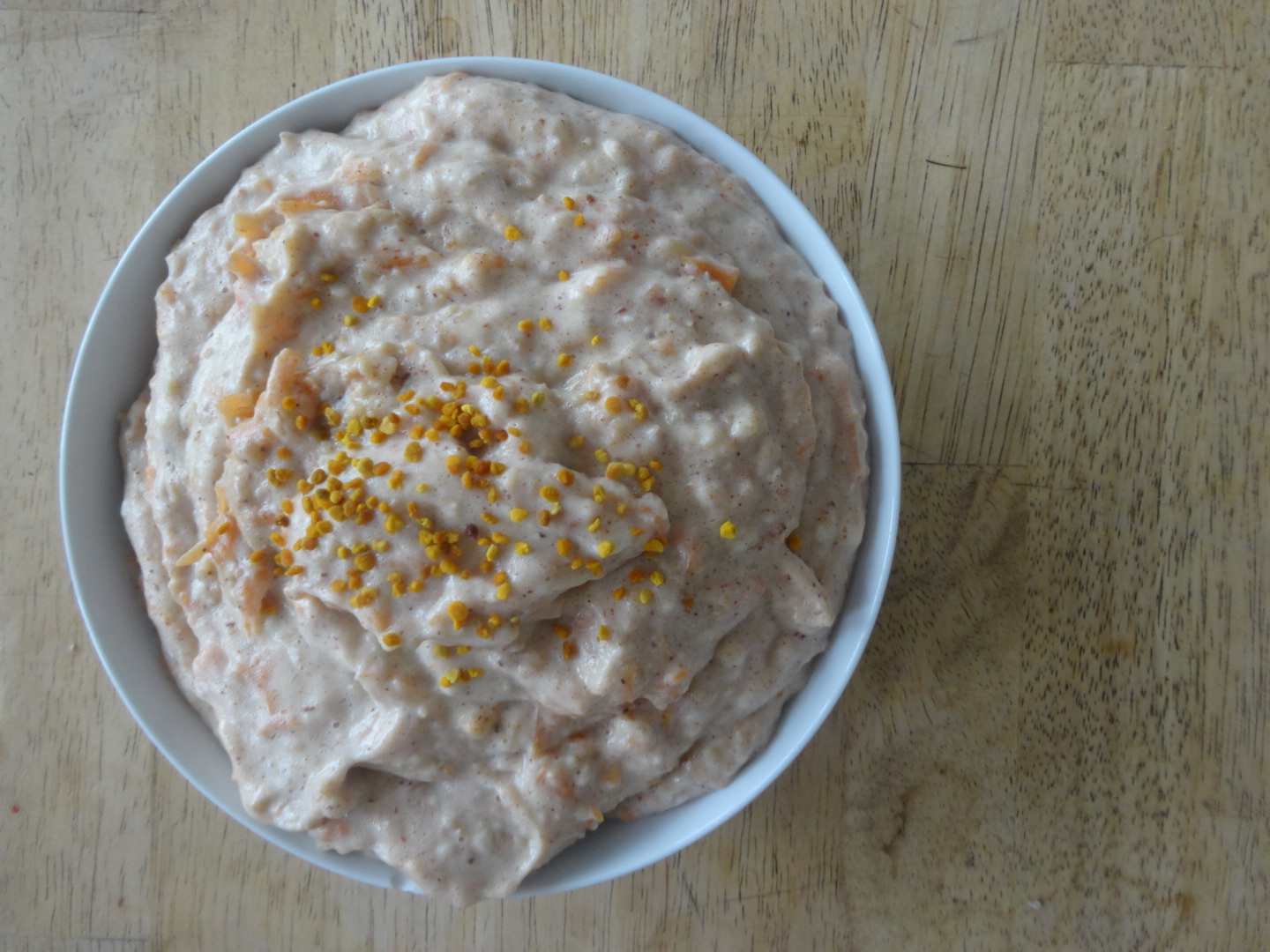 When In India I was introduced to Ghee. I swear ghee is like the cure to every problem in life in India. Its like super-food butter. I was a lover of butter when I was younger, although we all know that spreading big chucks of the dairy goodness on your toast is not the key to optimum health! Ghee is clarified butter which has been heated to remove the dairy. This removes the lactose and casein meaning people who are usually suffer with negative effects from dairy, can eat ghee!

Ghee is a pure fat made up of medium chain fatty acids. These are absorbed directly to the liver to be burnt as energy instead of going into the adipose tissue to be stored! It contains significant levels of antioxidants, vitamin A E and D which reduce free radicals in the body and boost the immune system.

Ghee is rich in Butyric acid and CLA (conjugated linoleic acid) which together are essential for a healthy digestion system, and also help improve the immune system. They increase the metabolism supporting fat loss goals, and are said to enhance muscle growth! Ghee also contains Omega 3 helps reduce the bad cholesterol level in the body.

It can be added to foods where butter or other oils would be used. In cooking or on bread. Even as a salad dressing. Here is a recipe which is a super yummy way to add ghee into your diet

Add the 1 cup of water and the grated carrot to a saucepan and heat until the carrot is soft (approx 3 minutes).. Add the oats, ghee, cinnamon, ginger, baking powder and stevia and continue to heat stirring regularly. While the oatmeal thickens, in a separate bowl, mix the protein powder with 3tbsp of water so it makes a thin paste. In another separate bowl, with an electric whisk, whisk the egg whites (and the xantham gum if using) until stiff peaks form. Once the oatmeal looks nice and thick, add the protein paste mix and stir until combined. Now add the whipped egg whites to the oatmeal and stir quickly until no lumps are left. Turn off the heat and allow the oats to stand for around 2 minutes.

Try subbing the Carrot for other vegetables like beetroot or courgette